This is a surprisingly un-contentious issue to my understanding. Except for my immediate circle of friends, many people do not seem to question this term and the associated implications. I hear it often and people throw it around with brazen pride and ignorance. 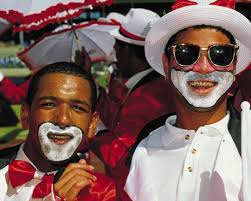 [While writing this, I happened to read the blog of a journalist friend, check that out here: http://letterstorian.blogspot.com/ It really is a good read and worth your while]

How do you know that you are even coloured?

For this I turn to my own story and the implications of racial categorisation which I have faced. I’m a strange one; really pale and not really that attuned to the notion of “colouredness”. Even before I was conscientised by being exposed to new people and ways of thinking at University, I’ve been ambivalent about this.

How did the term come about? A group of people did not wake up one morning and go “We think we are going to call ourselves…” No. This was a term imposed on a people by an extremely smart government. A history of subjugation came with said imposition and this has apparently stuck.

The dop (alcohol) system was used to keep these people in their place by paying farm workers with alcohol. This kept them poor and drunk. The perfect state of control.

Speaking about a black feminist play at the beginning of this year, a white female student asked why she cannot be a part of the “only black female” cast and said, pointing to her skin, “Is this not a colour?” The colour was indeed a striking shade of beige. It made me think about the stupidity of race like never before.

An in-between middle class was created. Now how you go revel in THAT? How are you going to claim pride in that when you don’t even know the history?

But back to me: really pale!  So what does that make me?

Speaking of history, remember the “pencil test”? That genius method in South Africa’s history (I told you they were smart) to determine what race you were. Families were split up because members were newly categorised according to their hair. Really.

So that left me with light skin, like a whitey and kroes (course textured. My American cousin refers to it as “nappy”) hair like a darkie. And not to mention my semi-ginger beard.

In. the. middle! A veritable dog’s body, half breed.

But I read a lot and was not that typical cool kid, so I was teased for that. On top of that, my Afrikaans was not that good and English was (and still is) my thing. So I was accused of being sturvy (stuck-up) and acting like a white person.

[At this point I direct you to an article that I happened upon by writer and academic Rustum Kozain who delves into this issue and others very similar to what I’m speaking. He does it in a comprehensive way. Read it!! http://www.oulitnet.co.za/seminarroom/kozain_moedertang.asp ]

Do you see how we create impositions on ourselves based on those imposed on us?

Those people who accused me did not even realise the way in which they were putting white people up on a pedestal, as they would also look down upon black people.

Don’t worry; the irony has not escaped me. I realise how ingrained these terms and ideologies are in our thinking of our society. I realise the double standard of even using all the above terms. Believe me I do. I cringe when I’m forced to tick the “coloured” box on application forms. All in the name of equity and redress. If you are going to embrace this, then I prefer you go all the way. Top it or stop it. Rather just call me a hotnot (offensive term, from Hottentot) and get it over with.

When will it stop though?