Vagina vs The World (Aluta a labia) 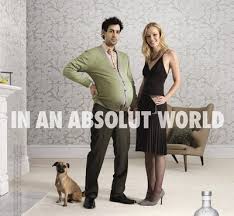 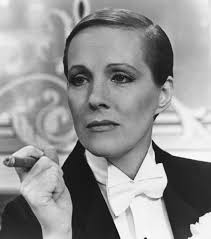 I started this post as a typical male versus female topic.  Yes, it is still relevant and always will be a hot button topic. Then I read Whiplash by Tracey Farren (2008, Modjaji Books). Wow.

The novel describes the life of a prostitute in Muizenberg. The setting of a crumbling seaside community provides the backdrop for the gritty, emotional story. Now, as a student who is engaged with issues regarding gender and sexuality, my mind got racing. I won’t give anything away, because I don’t want to spoil it for anyone who MUST read this novel (boys AND girls). I got a deeper appreciation for the opposition between the sexes.

The problem between us and them is that there are only two. The age old “Us and Them.” Even effeminate men and masculine women are not given scope to deviate, or else.  Women are the inferior sex and men are the strong ones. The hunters who must protect the weak child bearers.   Bullshit, right? Nothing I’m saying is exactly revolutionary, right? Well here comes the turn: women ask for it.

I hear jeers and boos and I’m sure that people will just shut down when they hear something like this. Before this gets controversial, let me make it clear that this is a black/white thing, or in this case, male/female.  I absolutely hate it when people say that things are too oppositional and then ignore the grey nuances. But come on, sometimes things are divided by a line and one must take a stand. And this is a blog; I only have this much space before I bore you. How are we ever going to get to the root if we don’t provoke?

This was spurned by the novel in which many of the women are predictably treated terribly, but specifically a part where a health care practitioner holds back a valuable piece of information for the sake of the ego of a colleague. She then proceeds to do the procedure behind his back, leaving him to claim the credit, and her as the woman in the background. To me, she would be superior, no questions asked.

Why the hell are women still acting submissively to men? This is something I ask women often when they act independently and say that they do NOT need a man and start snapping their fingers and working their neck muscles if you even but suggest it.

“Then why did you take his surname?” I ask.” Uhm… Uh… well, that’s different. Marriage is a different issue” I often get as a response.

Then my other favourite, from these same women, who work hard in the workplace yet often say that they “need a man, for, you know…” (And this is the part where you use your imagination).

I am not a defender of females, nor am I betrayer of men or even a hater of feminists. Although I can see how easy it is to confuse me with all of the above, I’m just so sick of the status quo. Has this one issue not been around long enough for us to have a shift in thinking?

Bottom line: nothing will ever change if women keep bowing to men.