What came first? The staging or the script. Do the two work together? Do they happen over time as they bleed into each other. These are questions as old as theatre itself, and probably with reasonable answers, and I couldn’t help but wonder while watching Ashes.

Deprecation aside, this review wont do anything to sway ticket sales for this play in its final week at the theatre at Alexander Bar in Cape Town. But good art must be appreciated where it can.

But back to the stage. Small – very small – restricting and inescapable. When the actors looked at me, I felt like they were actually looking at me and connecting, indicting and pleading; not merely looking through me as actors are supposed to.

Their performances grab you by the throat. When they break down, you will want to run up and hold them and say “It’s going to be ok” even though you knows it’s really not.

Ashes tells the story of two queer brown boys in Cape Town – a description that belies the depth of the story. These levels of depth felt while watching the two actors, Stefan Erasmus and Jason Jacobs’s characters dance around each other is breath taking.

They flit in and out of various characters, chipping away until the nuances in the archetypes are revealed. A flick of a jersey transforms a young man into a judgmental woman; a hoodie turns the other young man into his homophobic bully. The supporting characters all float around the main two, who interact with each other only briefly, letting the audience in on their tender moments – intimate, honest and gut wrenching, as we are driven to the conclusion, which was obvious but still impactful.

The mostly epistolary (letter writing) style works well, as the characters tell their stories without reaction from other characters. But the only downside I could find, which still works in its own way, was the crutch of exposition. Parents and son tell of his coming out story, and the conversation about what to call each other – boyfriends, lovers, partners? Forced, but still necessary. By virtue of its existence, queer work is still revolutionary, but somehow still new, therefore nothing can be taken for granted.

Don’t let the words queer and brown throw you off. It’s a story that many can relate to – the two lovers meet by chance in the city. One a small town buy. Forces work against them and their ghostly worlds are torn apart. The notion of love, not as obvious as in other works, binds the characters, but hardly ever at the same time.

I went in not knowing what the play was about other than the risky epithet of “gay play”, and was taken aback by the devastating account.

The audience was small, a lot less than the already small theatre at Alexander Bar could hold, which led me to believe that this was a play that was not being seen by as many people as it should.

By now I think everyone has posted a FB status or tweeted about their awkward moments. It has become pretty contrived and people have really taken the fun, and awkwardness out of it. That’s not the point everyone!

Well, I thought I would share my own “That Awkward Moment” : It was 2010 and I was in the Topics in Theatre class. At one point it became clear that I would have to take charge and be that asshole who is the organiser. So finally the day came for our big performances and we were setting up. Chairs had to be collected and laid out and there was a window that was not covered. We had to get the tiny theatre completely dark or the effect would have been lost. So I soldiered on and tried my best to get the place dark.

I was standing (are you ready for this?) on a chair which was on a table. Woopsie! I had someone holding the chair for me. Someone suggested using sticky tape to secure the curtain we were given. This however did not work. These things usually make sense when looking back, and from the ground below. The curtain fell down AGAIN and I was so pissed I screamed “FUCK MY ASS” 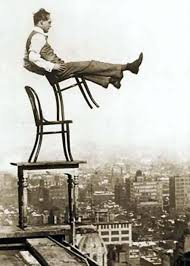 Now I was really embarrassed as this was very out of character for me and I did not mean it. After a second of actual thought, I realised that I can simply drape the curtain over the edge of the window which swings down, and shut it. I jumped down and was ready to get on stage, when my fellow classmates said “Ok guys, lets pray” THAT AWKWARD MOMENT when your Christian classmates want to pray after you just blasphemed.  Well, I guess I don’t have to say that I didn’t join the circle. I suppose it could have been worse; my usual refrain is “FUCK MY FUCKING FUCK YOU PIECE OF FUCK” Note to selves: don’t be in my presence when I stub my toe. Not pretty, and really awkward. 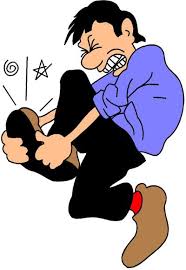